The fourth annual USATF-New England Awards Banquet was held on Saturday, January 17, 2015 at Montvale Plaza in Stoneham MA. The evening kicked off with a cocktail hour and passed appetizers, followed by dinner with guest speakers and awards. USATF-NE President Tom Derderian called up a few of Olympic Trials qualifiers from the association for a fun Q&A. And of course the program featured the much-anticipated awards presentation recognizing the Runners, Road Race, Off Road Race, Club and Race Director of the Year for 2014. Special awards also included acknowledgment to some of the top participants and contributors to the association and sport.

The following 2014 Award Winners were announced:

Congrats to all and thanks to everyone who nominated and voted for candidates! Check out the photos below, courtesy of USATF-NE Treasurer Stephen Peckiconis. 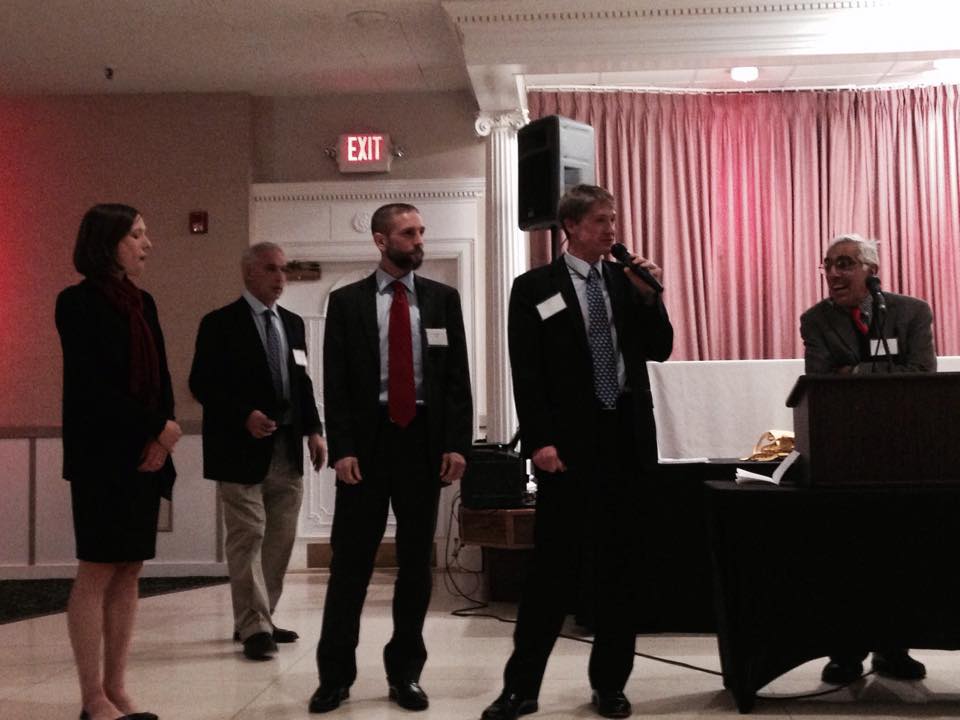 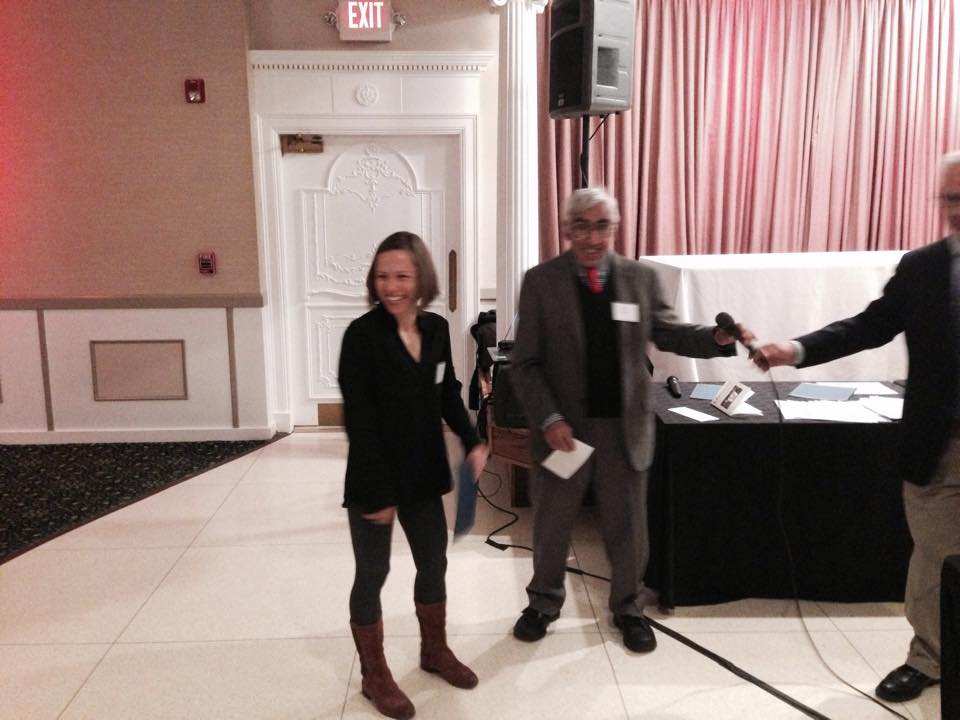 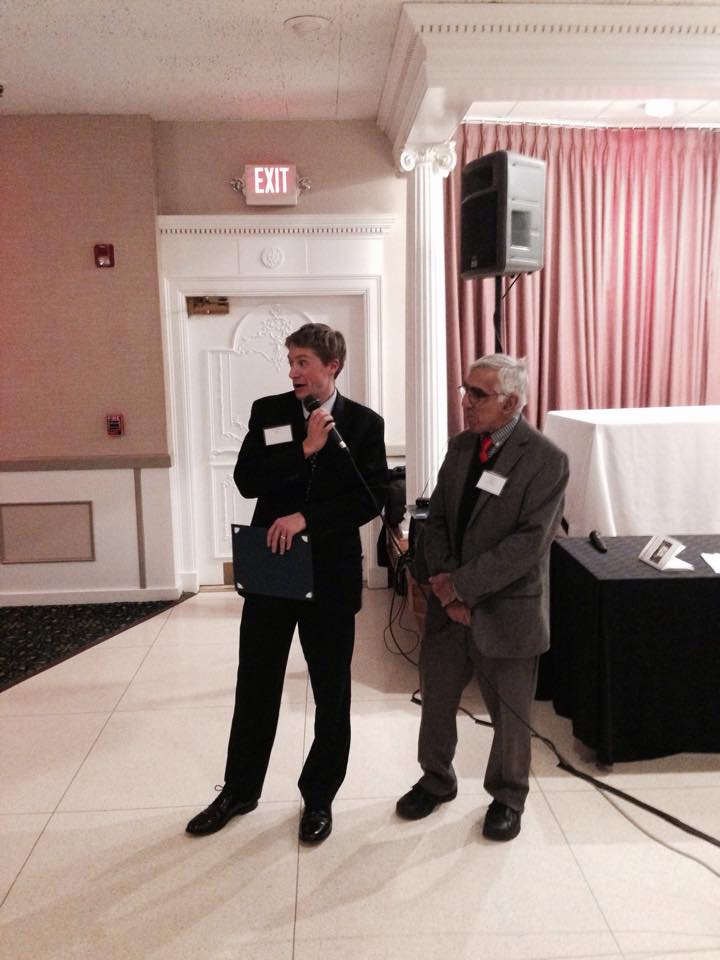 Jenkins & Doneski Excel on All Terrain, Coming Out on Top in First Annual ATR Series

In 2014, USATF-NE launched a new sort of series, the All Terrain Runner (ATR) series. And it’s pretty much what it sounds like; it challenges runners to compete on a variety of terrain – the roads, mountains, trails, cross country courses and the outdoor track.

The series was the brainchild of Eric Narcisi, the 2014 USATF-NE secretary, Whirlaway Racing Team member and web producer over at Level Renner. Following the culmination of this new series, Narcisi feels it was a “huge success,” stating that “I had so many people tell me that they were experiencing different disciplines for the first time.” For instance, the series winner on the women’s side, Christin Doneski, told him that she had never run a track or cross country race before. “Yet because of this series, there she was, in unfamiliar territory but in a familiar position (in front of the pack),” he added. The men’s series champion, Nate Jenkins, is known for his road dominance, said Narcisi, “but there he was back in May trudging the Vermont mud at Sleepy Hollow.” And at the Loon Mountain Race in July, Jenkins went head to head with some of the finest mountain runners not just in the region, but in the nation.

Ultimately, Narcisi said that the series is all about getting people out of their comfort zones and experiencing more of what the association has to offer. “We anticipate many more people stepping out of their comfort zones and putting themselves to the ultimate test in 2015,” he added. “I, for one, can’t wait to line up with the rest of the All Terrain hopefuls this winter on the indoor track to kick off the new series.”

As many runners prepare for the second edition of the ATR series, which will include an indoor track and a snowshoe race, we caught up with the 2014 series champions. 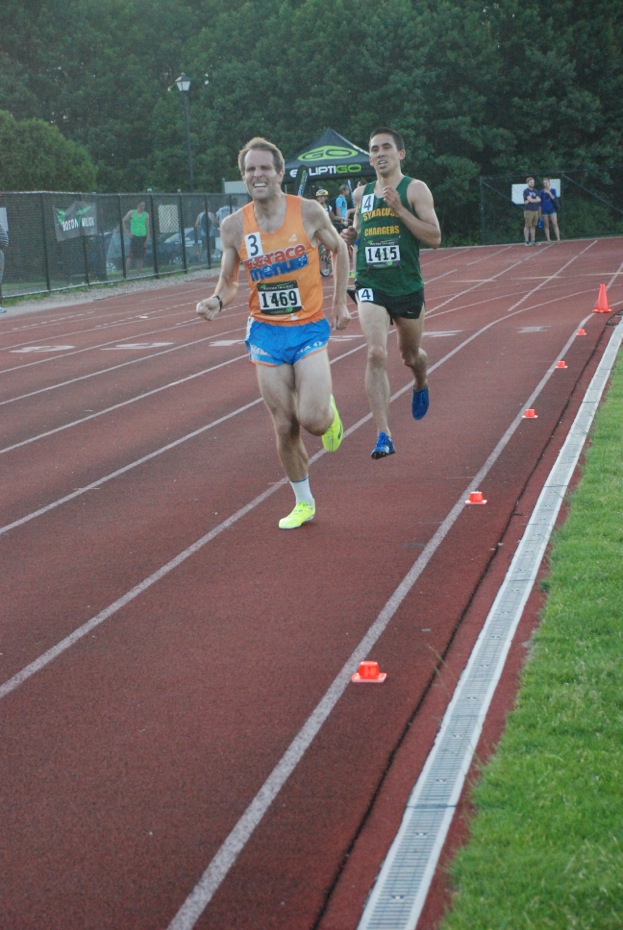 Jenkins of Central Mass Striders, who made it a goal to win the first annual series and plans to compete again in 2015, said the series was fun and unique, adding that “it is a great way to try and draw together the very varied and often very separate areas of USATF-NE.” While he’s not all that excited about the snowshoe race in the second series, Jenkins admits “that is kind of the point of the series, isn’t it?” Who knows? Maybe he will excel at snowshoeing just like he did at mountain running in 2014, something he doesn’t consider himself the biggest fan of.

Doneski of Whirlaway Racing Team reported that the series pushed her to try new things all while enjoying the company of the series participants, which she described as “a really supportive, genuine group of runners who wanted to race hard but also laugh and have some fun.”  While she wasn’t expecting to win this year and doesn’t expect to win next year either, Doneski shared that she’s in an interesting point in her running career. “My road race PRs are most likely behind me, but I feel I can still get better, stronger and faster in the endurance and adversity-based races: mountains, trails and ultras.” Her ultimate goal is to grow old still running races and pushing herself to try new things and to keep setting new goals.

Both runners had a tough time picking their favorite series race; though the men’s winner enjoyed the mountain and track racing the most. The women’s winner said her initial favorite that comes to mind was Sleepy Hollow. “It’s so hard in so many ways; the course is super challenging (which I love) and the conditions are so unpredictable (2013 was dry and fast and 2014 was very wet and muddy and really tough), and it’s right after Boston,” she said.  “However, I also loved Loon.  Again, it’s a challenging course, but I spent a full year from 2013 to 2014 regretting that I did not run all the way up Upper Walking Boss.  I was looking forward to racing this year and redeeming myself.” Doneski happily reported that she did not walk a single step this year. 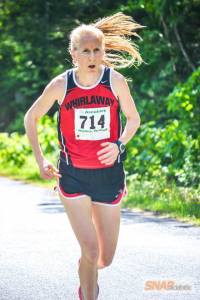 So, where can we expect to see these two competing in 2015? Jenkins shared with us that he has fortunately made some progress in fixing his long-standing coordination issues in his right leg, so his top goal for next year is to continue that progress all the way to a return to the marathon – something he hasn’t done since the World Championships in 2009. His second goal is to run an Olympic Trials Qualifier, with a third goal of achieving a personal record at any distance.  “I haven’t set one since back surgery in early 2011,” he added.  Jenkins’ final two main goals will be to win the ATR series and the USATF- NE Grand Prix.

Doneski currently has her 2015 calendar clear, but knows she’ll be looking to run the USATF-NE Grand Prix as well for Whirlaway, noting those dates will go on the calendar first.  Then she will look to the Mountain Series and the ATR and see how those dates match up with her other races and her family plans.  “And of course there is still that desire to run an ultra, but that might need to wait for my children to need me less and I am in no hurry for that,” she said.

Lastly, Jenkins shared that the ATR series represents something he’d like to see more of from USATF-NE – trying new things. “Will everything be a hit or a win?” he asked. “Heck no, but anything is better than nothing.”

Thank you to everyone who attended our Annual Meeting on Sunday. In case you missed it, here is a brief recap of those elected to the USATF-NE Board of Governors, which includes a mix of incumbents and new individuals.

In the coming week, you’ll be able to find information on the new board members, the various reports that were presented and distributed at the meeting, as well as the full meeting minutes on the Board page.

Annual Meeting Board of Governors 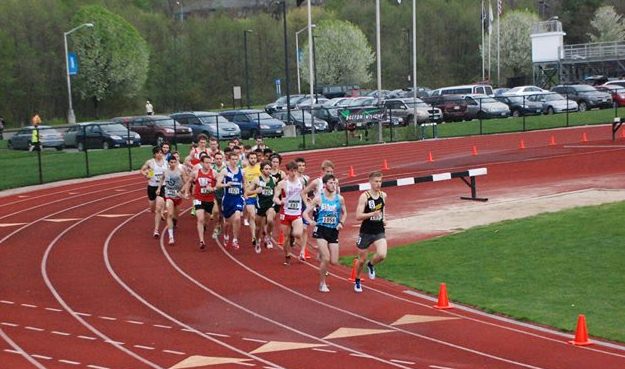 The 5000 meter race is a popular event for distance track and field athletes. However, for runners who keep to the roads and trails, many haven’t tested their strength on the flat oval. Now is their chance.

With the USATF-NE All Terrain Runner (ATR) series, distance runners test themselves on varying surfaces and distances, including the track. In fact, many athletes competing in the new series tried the distance at the recent New Balance Boston Twilight meet at Bentley University. New Balance Boston’s Marguerite Cramer took the women’s title in an impressive time of 17:49.01. But it was the men’s 5000 meter field that saw some serious depth. Twenty-eight competitors came through in under 18 minutes, with the winner Austin Gilbert crossing the finish line in 14:57.61.

If you’ve already completed your 5000 meter track race and are looking to score it in the ATR series, be sure to submit your time through our web form.

As a reminder, USATF-NE members may submit their own 5000 meter result from any USATF sanctioned track meet between May 5 and July 20. A competitor may complete several outdoor 5000 meter races. However, only the fastest time will count in the final scoring.

Here is a list of some upcoming outdoor track meets on our website. While the next two NBB Twilight Meets don’t feature the 5000 meter event, the fourth meet in their series does on June 7th.

For more information on the 2014 ATR series, visit our website. Next up in the schedule: the Loon Mountain Race on July 6th.

Attention all USATF-NE members, our annual meeting is coming up, so don’t forget to pencil this into your calendars. The meeting will be held on Sunday, September 22 at the Westin Waltham Hotel, where there will be ample food and a cash bar. So join us, grab a beer and discuss the issues that are top of mind for you with fellow association members, teammates and friends.

END_OF_DOCUMENT_TOKEN_TO_BE_REPLACED

by Jenny Gardynski in Mountain/Ultra/Trail

This past Sunday, July 21, marked the USA Mountain Running National Championships. With athletes hailing from Canada, Mexico and all across the U.S., New England runners made themselves known as they ascended Mount Cranmore in North Conway, NH.

END_OF_DOCUMENT_TOKEN_TO_BE_REPLACED

Athlete of the Year Nominations

Nominations are open for the 2012 Male and Female Athlete of the Year as well as Club of the Year. The deadline for submitting nominations is January 1st, 2013. USATFNE members may submit a nomination by email to the Board of Directors, by posting a comment nomination on the USATF-NE Facebook page, or by tweeting your nomination to us with our handle in the tweet (@usatfne).

Who impressed you in 2012? What stories really stick out in your mind? There were outstanding performances by association members from high school through college and on up to the pros, so don’t be afraid to go beyond the Grand Prix standings for your nominations. Speaking of the Grand Prix, you can find final standings for road racing, MUT and cross country on the USATF-NE website to help you jog your memory.

The final 5 nominees for each category will be announced January 3rd and YOU will have the opportunity to vote for your athlete and club of choice.

Stay tuned for more information in upcoming days, including a link to where you can vote.

In the meantime, make sure you purchase your tickets to the USATFNE Awards Banquet in advance here: http://www.usatfne.org/news/aom/banquet.html